“What a richly imagined world Kirby Gann has wrought in Ghosting. A frightful world of drug-running and addiction, but beneath that a story of family and the desire for safety and peace. This novel is full of grit and the yearnings of the human heart. Its carefully drawn characters latched onto me and wouldn’t let me go.”

—Lee Martin, author of Break the Skin and The Bright Forever

“I finished your novel last night and, damn, you nailed it. . . .  Mister Greuel! What a creation. I had a hard time with this because the book is much, much more than can be described in one or two sentences. But here’s what I’ve got: ‘With a plot as full of twists and turns as an ancient Greek tragedy, Kirby Gann’s Ghosting is one of the most beautifully worded and superbly crafted novels about the fateful consequences of being caught up in the criminal life that I have ever read.’ And I’m speaking truth.”

—Donald Ray Pollock, author of The Devil All the Time and Knockemstiff 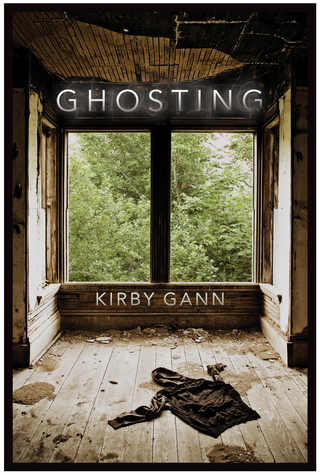 “Unfolding with unflinching clarity and moral inevitability, this is a tale of love and loyalty, family and duty, naïveté and duplicity, played out on an amoral landscape of drugs and violence. Hillbilly noir as literary fiction of the first order.”—Kirkus Reviews

“The prose pulses with terror and bad blood, the characters with yearning and humor, and this story latches onto you and doesn’t let go.”—Flavorpill, “Must Read” for April 2012

Starred Review in Publishers Weekly
Gann’s newest novel (after Our Napoleon in Rags) is a tightly written Appalachian gothic told from multiple perspectives. The story concerns Cole and his brother, Fleece, who—along with an enormous amount of marijuana belonging to a dying elderly drug dealer known as Mister Greuel—has gone missing. After discovering Fleece’s torched car—but no Fleece—Cole descends into Kentucky’s criminal underworld in an attempt to locate his brother. Along the way, he is alternately helped and hindered by Shady Beck, Fleece’s gray-eyed, weed-loving, former girlfriend, and Blue Note, Greuel’s violent, blue-skinned partner in crime. The book is concerned not only with a missing man but also with how these outcasts eke out a living amid economic ruin, wherein conservative churches still conjure the gall to peddle a gospel of prosperity.... The characters are fully realized—rooted in the land and veined with bad blood—and their motivations are complex and believable. Violent, bloody, and darkly beautiful, this is a fascinating novel depicting the seedy bottom of an America in decline.

"In Ghosting, Kirby Gann has created an utterly compelling ode to the fearsome and contradictory desires of his unforgettable characters. Writing in brilliantly sustained licks of prose, Gann gives us flesh-and-blood human beings who cannot escape what they cannot help wanting. Their fate is true, the ride beautiful and dark."

A dying drug kingpin enslaved to the memory of his dead wife; a young woman torn between her promising future and the hardscrabble world she grew up in; a mother willing to do anything to fuel her addiction to pills; and her youngest son, searching for an answer behind his brother’s disappearance—these are just some of the unforgettable characters that populate Ghosting, Kirby Gann’s lush and lyrical novel of family, community, and the ties that can both bond and betray.

Fleece Skaggs has disappeared along with Lawrence Gruel’s reefer harvest. Convinced that the best way to discover the fate of his older brother is to take his place as a drug runner for Greuel, James Cole plunges into a dark underworld of drugs, violence, and long hidden family secrets, where discovering what happened to his brother could cost him his life.

A genre-subverting literary thriller explored through the alternating viewpoints of different characters, Ghosting is both a simple quest for the solution to a mystery, and a complex consideration of human frailty and equivocation.